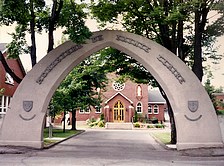 The passing of Sister Pacelli

Sister Pacelli (Mary Theresa) Millane was born on August 24, 1935 in Fairfield, Iowa, USA.  She was the sixth of nine children born to John Francis and Cecilia Agnes (Arndt) Millane.

She entered the monastery in Chicago at age 22 and made her Solemn Profession on October 19, 1962.  Sister received a B.A. in Religious Studies from Empire State College, University of New York.  She continued her studies after the closure of her monastery and obtained a Master's degree in Franciscan Studies at St. Bonaventure University, New York State, before making her final move to the monastery in Valleyfield, Québec, Canada, on September 17, 1998.

During her monastic life, she served her Sisters in the various capacities of  infirmarian, sacristan, formator, liturgist, guest-mistress, portress, cook and librarian.  She also accompanied many people on a spiritual level.  She regularly participated in the International Congress of Medieval Studies at Kalamazoo, Michigan, where, over the years, she was often invited to give conferences.  Sister Pacelli also lead sessions in formation to those in the Secular Franciscan Order.

A lover of Franciscan spirituality and a tireless researcher, she wrote articles for various magazines and translated several books, the last of which was An Ardent Absence by Thaddée Matura, ofm.  In recent years, she gave courses on Claretian spirituality to the Brothers in formation of our Franciscan Province.  She was the very image of a dynamic woman, always on the lookout for new developments in this field.

The funeral will take place on Friday, July 30, at 2:00 pm, in the chapel of the Monastery presided by Father Gilles Bourdeau, ofm.  To meet the requirements imposed by public health, the attendance will be limited to 50 people.  The burial will take place at a later date in the Cloister Cemetery.

Thank you for being in communion with us.

Of His fullness we have all received, and grace upon grace.

Await with longing confidence the festival

when love shall manifest herself

and reveal her noble power and rich omnipotence

on earth and in heaven. 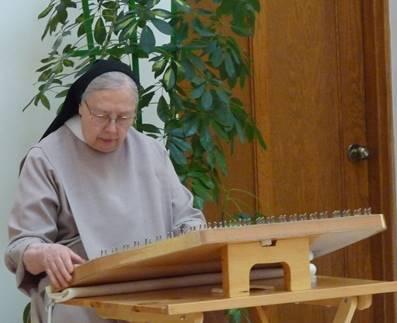